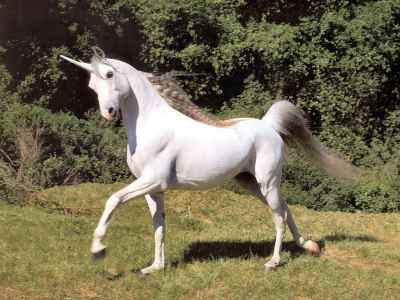 Working in a Christian Bookstore you hear so many interesting “truths”.  People come in wanting to find a plaque, or a bookmark, or maybe a book containing certain sayings or facts.  I often want to say, “well, if it is in the Bible, why not find it there?”.  The truth is, most do not know what is really in the Bible.  It is just something they heard someone tell them and that made it so.

This past week a woman came in and wanted a plaque that said, “when God closes a door, He opens a window.”  She was shocked we did not carry someone like that.  Of course you know me, I jumped right in with my “take” on the subject of God and His using only the FRONT DOOR (previous blog).  It is surprising how many times we say we only want to get to know Him better.  We want to know His will.  Yet, somehow, we never look to the obvious source for that information.

I have a grandson named Noah and working in a Christian bookstore, we have plenty of books and items with Noah depicted.  Through the ages people have taken what God’s word says  about Noah and the animals in the ark, and changed it to say only two of every animal entered the ark (2×2).  But, look at what God’s word really says:

That is FOURTEEN, not two!

Growing up I remember that when there was a freak storm someone would say it was getting close to the end times because that is when the seasons would swap.  That myth came from Padre Pio, a Roman Catholic priest who was quoted as saying,  “You will know when that time is approaching because the seasons will change so the only way you will know the seasons is by the leaves on the trees.”  The Bible actually says the exact opposite in God’s promise to Noah saying He would never destroy the earth by flood again.

Genesis 8:22 “While the earth remains, seed-time and harvest, And cold and heat, And summer and winter, And day and night Shall not cease.”

Now you have all heard, “cleanliness is next to Godliness” right?  Not in there – you will not find it in the Bible.   How about, “God helps those who help themselves?”  Not in the Bible.  How many tribes were there?  13, not 12.  People say 12 because the Levites were not given land, but the tribes were made up of Jacob’s 11 sons and Joseph’s 2.

How many of you believe Mary rode to Bethlehem on a donkey or other animal?  Luke 2 Three Wise Men? Matthew 2  Or, how about the unicorns mentioned in the Bible?  The actual Hebrew word referred to a two-horned animal, but King James people thought one horn and put in unicorn (nine times in the O.T.).  Contrary to popular myth, they did not “miss the boat” (Ark).  What about the popular Mizpah jewelry symbolizing love and friendship and quoting Genesis 8:49, “The LORD watch between me and thee, when we are absent one from another.” ?   Actually, it was a covenant between Jacob and Laban based on their past differences, a warning that God was keeping an eye on their actions.

So my point is that we have a bad habit of listening to what others say, preach, teach, and take it as “gospel” when in actuality it is not IN THE GOSPEL.   As Christians  you need to know what the Bible actually says, teach and walk what it says, and not just keep passing on misinformation.  Make a point of knowing what you are talking about and not just being a puppet or minor bird , repeating what others say.  Make sure your kids are raised with what the Bible actually says.   I tell others to study APOLOGETICS – be prepared to give the reasons for what you believe.   In other words, know what you believe and why with NO APOLOGIES.   Make sure God’s word really said it, before you repeat it.